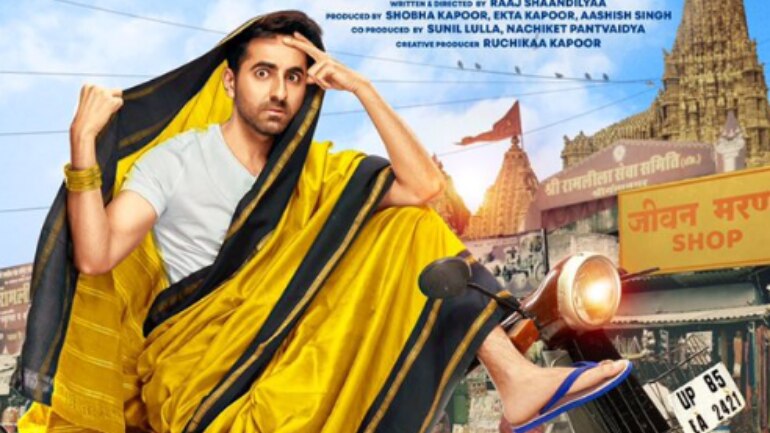 Ayushmann Khurrana’s upcoming film Dream Girl is going to be released. There is a lot of curiosity among the people about the film. The trailer of the film is being liked a lot. Ayushmann Khurrana’s acting is being praised everywhere. Also, fans are eager to see the pair of Anu Kapoor and Ayushmann once again on the silver screen. The songs of the film are being released. Recently the teaser of Dream Girl’s New Song has been released and a new song of the film will also be released soon.

Trade analyst Taran Adarsh ​​shared the teaser of the song via Twitter, saying – Riteish Deshmukh will be seen in Surprise, Ayushmann Khurrana and Nusrat Bharucha’s film Dream Girl. DhagalaLagali song will be released tomorrow. Here’s a glimpse. Ritesh Deshmukh’s tremendous entry is being seen in the teaser of the song. Apart from this, the looks of Nusrat Bharucha are also being seen. She is seen in a Marathi outfit.

Talking about the film, apart from Ayushman Khurana, Nusrat Bharucha and Anu Kapoor, actors like Manjot Singh, Abhishek Banerjee, Arbaaz Khan, Vijay Raj and Rajesh Sharma will also be seen. Ayushmann Khurrana will be seen playing a very unique role in the film. Anu Kapoor’s pair with him will be seen once again. The film is set for release on September 13, 2019.

Talking about Ayushmann Khurrana’s work front, his films are becoming a success. The year 2018 was excellent for him and the year 2019 is also going well. He was awarded the National Award for Outstanding Performance in Andhadhun. Apart from this, his film article 15, released in June 2019, got a lot of love from the audience.