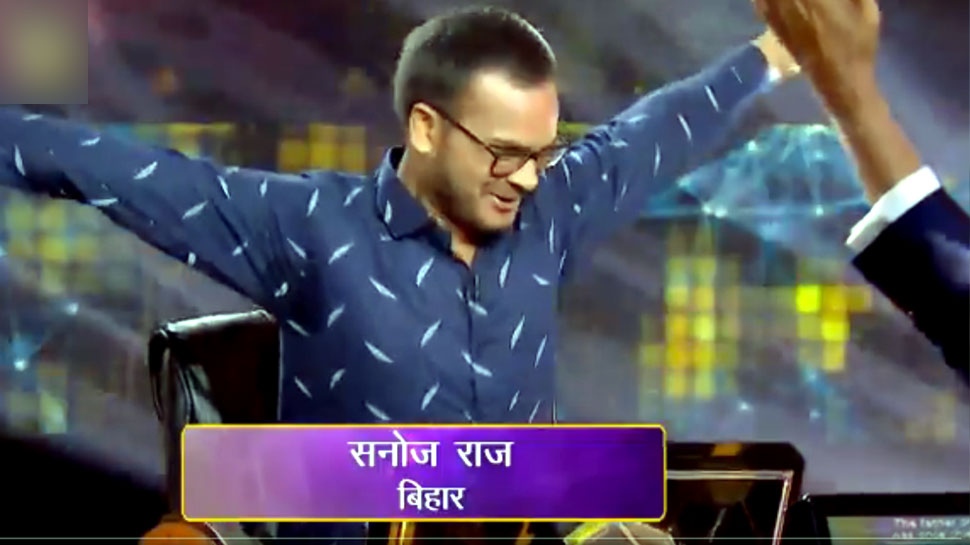 Sanoj Raj is our season's first Crorepati! He will attempt the jackpot question for Rs 7 Crores now. Will he succeed? Find out on #KBC, this Thursday and Friday at 9 PM @SrBachchan pic.twitter.com/eVEuX7esNb

According to the new promo of this show, Sanoj, sitting on the hot seat in front of Amitabh Bachchan, wants to become an IAS and is also preparing for it. After committing Rs 1 crore in his name, he will also play for the jackpot question i.e. 7 crore question on this Thursday. Whether or not he wins the jackpot is not clear yet.

According to the information, Sanoj is the son of a farmer. He studies in Jehanabad itself and has studied B.Tech from a college in Vardhman.