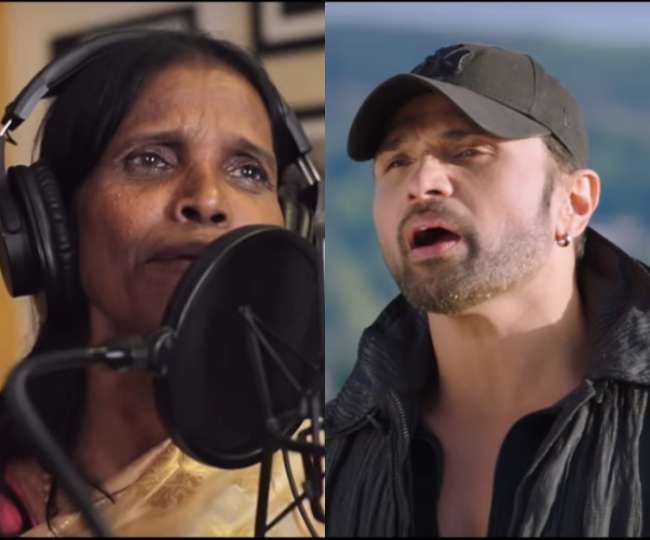 Ranu Mandol’s debut song ‘Teri Meri Kahani’, which became famous by singing ‘Ik pyar ka nagma hai’ at West Bengal station has been released. Ranu Mandol may not have ever dreamed that his fate would turn like this and he would become a big star overnight. A few days ago Ranu’s video from the station went viral and now his first song has been released.

In this song, music director Himesh Reshammiya has also given his voice with Ranu. This song is from Himesh’s film Happy Hardy and Heer. Let us tell you that Himesh is the person who has taken Ranu out of the world of poverty and made his way into the Bollywood world. Himesh was so impressed by hearing Ranu’s voice in the Singing Reality Show Super Star Singer that he then promised to sing a song to Ranu. After this Himesh shot a song with Ranu, which he also shared a short clip on his Instagram. Which became quite viral.

Now within a few days Himesh has also released the song by singing with Ranu. Talking about the song, it is a sad song. In this song, the voices of Ranu and Himesh match well with each other. The music of the song is also very good.
Earlier on Tuesday, the teaser of the song was released, which became quite viral. Let us tell you that Himesh has sung not only one but two songs of his film from Ranu. Apart from ‘Teri Meri Kahani’, Ranu has also given her voice in the song Ibadat. However, that song has not been released yet. Apart from this, Ranu has also given his voice in the remake of Himesh’s very famous song ‘Aashiqui’ Teri Gaane.