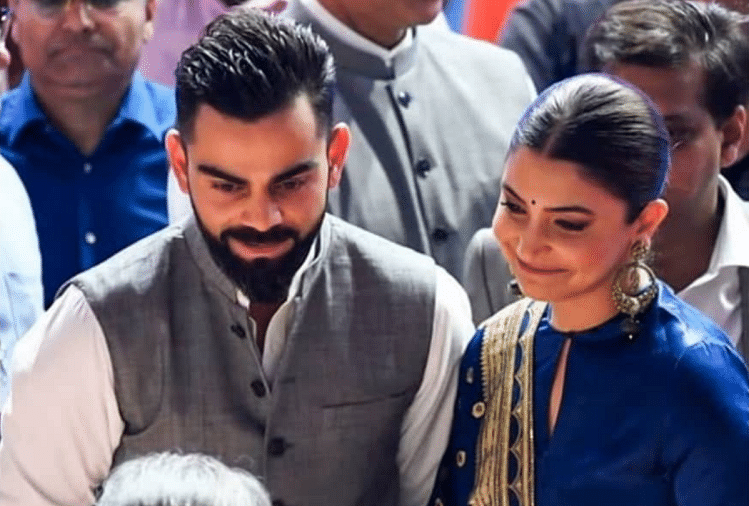 The name of Feroz Shah Kotla Stadium has been officially changed to Arun Jaitley Stadium. Along with this, it was also announced that a stand will be unveiled in the stadium in the name of Virat Kohli. During this, Anushka Sharma was also present there along with Virat Kohli. A video of Virat-Anushka during this time has also surfaced. In the video, you will see that Anushka and Virat are holding each other’s hand and then Anushka kisses on Virat’s hand. After this, the two speak and laugh.